Contact Us Locations & ATMs Become A Member Apply For A Loan 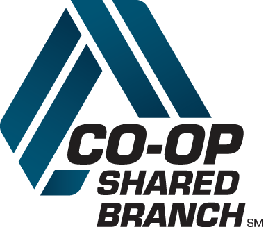 In the 1950s, Travis County employees realized that having a credit union would provide them with better financial assistance than banks. Many probably remembered the financial hardship experienced by their parents in the 30s.

One man in particular – Giles Garmon – who worked for Travis County's Adult Probation Department, led the effort that eventually led to the organization of Travis County Credit Union in June, 1954. He and other employees shared a belief that there was a better alternative, and they sought to find it. Garmon made use of his contacts in the county and at the state for direction in establishing an employee-owned and operated credit union. The key employees pooled their money, depositing it with the fledgling credit union. With their deposits, the credit union was able to lend money to members in need. Employee-members placed their full trust and cooperation in building the credit union which operated as a "back pocket" operation – literally.  In fact, one of the founding members carried the ledger balance in a spiral pad in his back pocket.

As the credit union began to grow, a woman known as "Cookie" worked a few hours a week in the makeshift office on the fifth floor of the courthouse. By February 1969, credit union growth prompted the board to hire Ben Moody to work five days a week. Moody embraced the organization's philosophy of "People Helping People" to greater heights. He was deeply dedicated to the mission of providing the best, cost-effective financial services to enhance the member-owners' quality of life and later he became the first president of the credit union.

Now serving all Travis County employees and residents through their main office location, and in partnership with hundreds of credit unions presenting members with thousands of Shared Branching offices nationwide, Travis County Credit Union stands out among small, local financial institutions with unprecedented passion for serving Travis County and a wide-reach of products and services to meet their needs.

Your savings federally insured to at least $250,000 and backed by the full faith and credit of the United States Government. National Credit Union Administration, a U.S. Government Agency.

Our Credit Union is committed to providing a website that is accessible to the widest possible audience in accordance with ADA guidelines. We are working to increase the accessibility and usability of our website for all people. If you are using a screen reader or other auxiliary aid and are having problems using this website, please contact us at 512-477-2641 for assistance. Products and services available on this website are available at our office located at 1101 N Interstate 35 Frontage Rd, Austin, TX 78702.
Go Mobile Apple Store Google Play Store